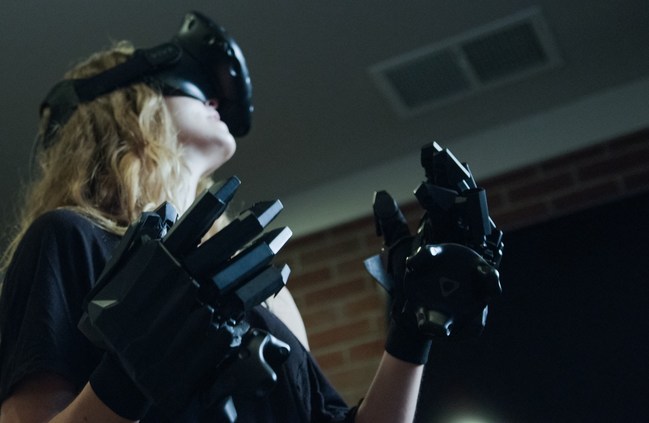 ATLANTA,GA– May 11, 2017 — After launching a Kickstarter campaign, VRgluv (www.vrgluv.com) soared past their $100k crowdfunding goal in just 56 hours. Their gloves give users the ability to see, use, and even feel their hands in VR using force-feedback technology, and players from the gaming, medical, military, and educational industries have participated in supporting the campaign so they can use VRgluv in their respective sectors.

Virtual reality is one of the hottest trending industries right now, and it is easy to see why. While entertainment and gaming is often the first thing that comes to mind, the VR applications in other fields have the potential to make worldwide impacts. There are hundreds of innovative VR uses in medicine, including hands-on training, rehabilitation (psychological and physiological), and remote-controlled robotics, many of which could be greatly enhanced with a VRgluv interface. Education and enterprise is also proving to be a hot VR topic, and companies are using VR to change the way they do business and train their employees.

VRgluv CEO Chris Taylor says: “We are very pleased with the response we have gotten on Kickstarter both from our individual backers as well as the support we have received around the world from some of the biggest companies in electronics, medical, industrial, and even automotive. While all of the opportunity is very encouraging, we are focused on our mission at hand to deliver the best new VR experience to all of our Kickstarter backers by the end of the year. At this point, our backers are everything to our company, and we can’t wait to reward those who got in early on VRgluv. We still have 2 weeks left in our campaign, and we hope to get VRgluv in the hands of as many early adopters as possible.”